The need for portable / transportable communications services has risen dramatically over the past few years. There are applications and use cases for both dispatch and remote gateway requirements, and, for incident command, a combination of both.

Remote Dispatch needs became acutely necessary during the Covid – 19 pandemic, as dispatch operations across the country scrambled to keep their employees safe in 2020, 2021 and 2022, while continuing to provide essential 9-1-1 and Dispatch services to their community. 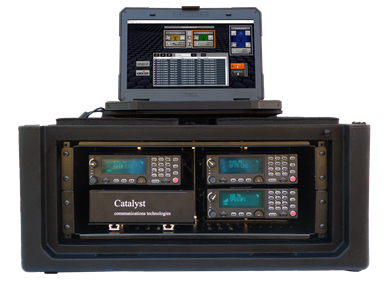 ICE™, Incident Commander Element, is a transportable command center that packages two, three or four radios with a laptop computer that facilitates dispatch, interoperability, and radio controls in a transportable unit. While optimized for incident command, ICE™ has, as one of it’s powerful applications, a digital repeater that can augment fire ground operations by linking communications among firefighters in a building with an agency Dispatch Center, which is often lost when firefighters select talk around mode on their radios. Backhaul to agency dispatch can also occur using LTE by including a Cradlepoint router with this solution. More information about ICE™ can be found HERE. 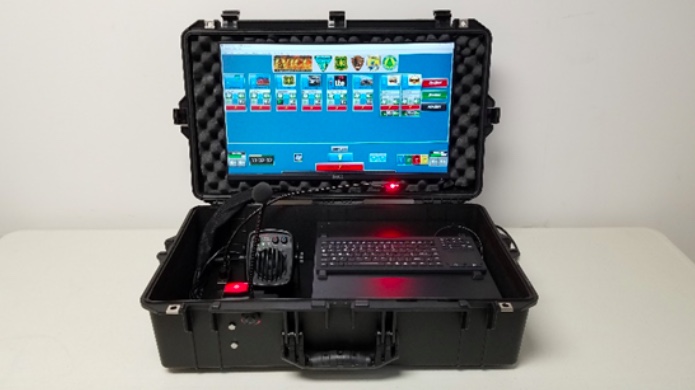 Propulsion™ Go Kit is a second transportable solution from Catalyst. Go Kit is a complete dispatch position in a suitcase, and includes speakers, microphone headset, and the Propulsion™ dispatch console software. Go Kit typically includes a Cradlepoint router that connects to an agency’s network over LTE, which then allows the remote dispatcher to connect to radio resources on the network. From this, a dispatcher can be located anywhere they have cellular LTE coverage and manage remote dispatch. Go Kit is described more fully HERE.